The cost of fuel has increased dramatically in Europe, causing the price of grey hydrogen to rise as well and opening a window for an accelerated transition. 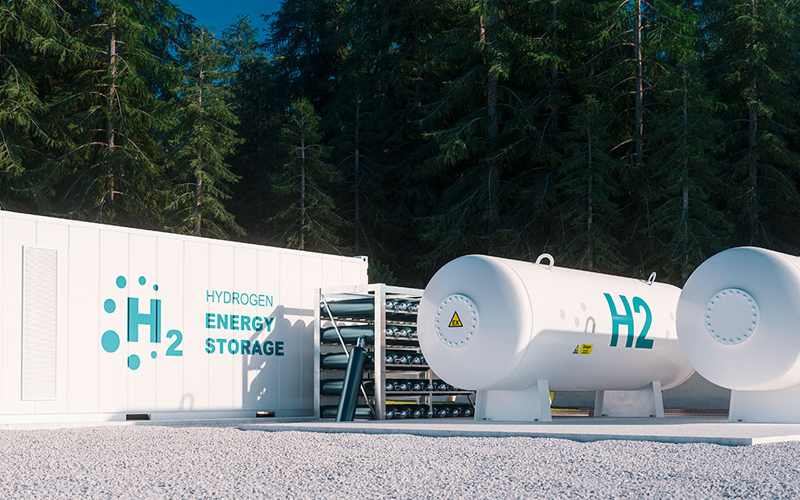 The war in Ukraine has sent gas prices soaring. Russia is the largest supplier in Europe and the invasion has caused the price of this fuel to exceed 300 euros/MWh.

This situation has made green hydrogen a cheaper option than grey hydrogen, which is made from gas.

“This is very incipient but everyone has the hope and appreciation that hydrogen is going to achieve a greater insertion from the shortage of gas in Europe and will accelerate projects,” he stresses.

In this context, the projects launched by the Spanish government in recent years, and this one too, are benefiting and could be accelerated.

The Ministry for Ecological Transition and the Demographic Challenge (MITECO) stipulates that by 2030 there will be 100 to 150 public hydrogenerators and between 5,000 and 7,500 vehicles for freight transport.

It also stated that there will be 100-150 fuel cell buses, as well as two commercial train lines powered by H2.

The government is earmarking 1.555 billion euros from the European Union’s Recovery Funds until 2023.

Another plan underway is the Hydrogen Recovery, Transformation and Resilience Plan (PERTE ERHA), announced in December 2021. 6.9 billion euros will be earmarked for this plan.

Weeks ago, the President of the Republic, Pedro Sánchez, visited the National Hydrogen and Fuel Cell Centre in order to promote the commitment to this type of solution.

This action has allowed H2 to be positioned as a key element in the decarbonisation process that has been developing in recent times.

In January, the company Alsa announced that the town of Torrejón de Ardoz (Madrid) will have the first bus powered by green hydrogen on one of its urban lines.

This bus has a greater range than the electric buses used in different parts of Spain for urban passenger transport, and can reach 400 kilometres without refuelling.

Another project is the Solaris Urbino 12 Hydrogen, from the Spanish manufacturer Solaris (CAF Group). It has been tested since March 2021 by the operator Avanza, between Madrid and Las Rozas as well as on urban lines in Getafe and Pozuelo.

In another autonomous region, Catalonia, Transports Metropolitans de Barcelona (TMB) has taken delivery of its first hydrogen fuel cell bus, which will be supplied by the first green hydrogen plant for public use in Spain.

It is an H2 City Gold LHD model that will enter commercial service on a regular line in 2022 and is the first of eight built by CaetanoBus.

In the same vein, Empresa Municipal de Transportes de Madrid (EMT) has set a target for 2030 for its buses to be powered by ‘green’ hydrogen generated by the company itself.

In Puente de Vallecas, a pioneering photovoltaic plant will be set up to create electricity from renewable energies, so that its production is carried out ‘in situ’.

In addition, the Basque company Cikautxo and the Tecnalia technology centre are part of the first all-Spanish consortium to set up a hydrogen and electricity-powered truck capable of carrying up to 40 tonnes.

The aim is to achieve a prototype truck powered by green hydrogen and electricity, which is expected to be in the testing period in 2023.

The competitiveness of green H2

“As the scale of H2 production progresses and its equipment comes down in price, this is here to stay,” explains Héctor Etcheverry.

Moreover, the Haizea man points out that this “is an irreversible process” and that the “war has accelerated the deadlines”.

The various governments in Europe, even with heavy subsidies, estimated that green hydrogen would not be competitive until 2030.