In his speech at the opening of the ordinary sessions, Argentine President Alberto Fernández announced his government’s plans for electric mobility in 2022. 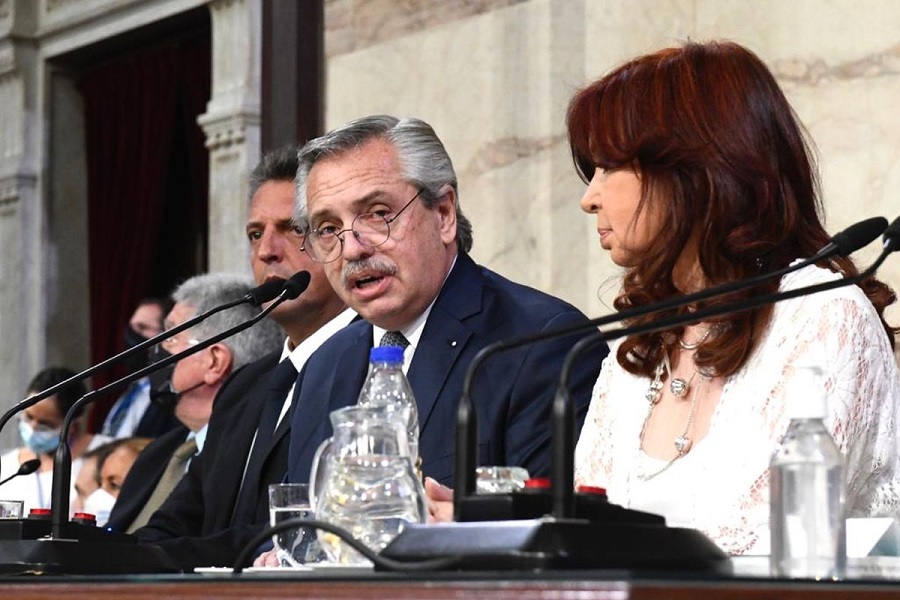 At the opening of the ordinary sessions of the National Congress on Tuesday, 1 March, President Alberto Fernández emphasised his government’s interest in addressing and taking measures to encourage the manufacture of electric vehicles.

With the aim of doubling Argentina’s exports, a Integral Development Plan was created with “Nine Industrialising Missions”. One of these axes includes zero-emission mobility.

“We will develop electromobility to turn Argentina into the South American platform for electric vehicles,” says the head of state as axis number eight.

The first is to develop green industrialisation for a just ecological transition.

“We will replace polluting technologies and energy sources with others that considerably reduce or eliminate toxic emissions. We are committed to green hydrogen, lithium, renewable energies and the national manufacture of equipment, to technological reconversion, always with a focus on Argentine labour,” he says.

Meanwhile, he adds: “We will reduce carbon emissions, promoting a strong productive take-off”.

For these nine objectives to be met, according to Alberto Fernández, “it is essential that progress is made on the legislative agenda proposed in 2021”.

It is worth remembering that since the beginning of the year, the bill providing incentives for sustainable mobility, better known as the electromobility law, was scheduled to be discussed in extraordinary sessions along with other measures considered “strategic” for the administration.

That is why, in his opening speech, Fernandez reiterated: “The automotive investment law, to stimulate new projects and create new jobs, and the electromobility law, to stimulate the manufacture and local diffusion of electric vehicles and work on the lithium value chain”.

Also included is the hydrocarbon development law, “to expand the potential of the industry, to be a lever for industrial development, job creation and export development”.

In addition to those already proposed, there is a hydrogen law “that stimulates and regulates the development of this activity, which is both present and future, and in which Argentina aspires to be a world leader”.

In his speech at the opening of last year’s ordinary sessions, President Fernández had already made reference to sustainable mobility.

At the time, beyond the declarations of the different ministers, in general Matías Kulfas, head of Productive Development, was the place where the government’s interest in presenting the bill was made official.