In the short term, the carmaker will begin exclusive distribution of the portable chargers, which will be capable of charging at 150 kW of power, and which can operate with or without a grid connection thanks to its integrated 193 kWh battery. 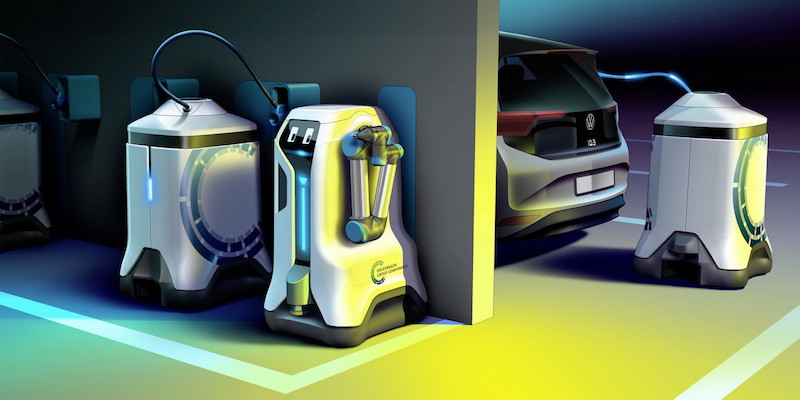 With no need to connect to the grid, the new charger will have two CCS connectors and will be able to recharge five Volkswagen ID.3s in an estimated 30 minutes per car.

The carmaker’s new launch has been generating anticipation within the electromobility sector and today it is soon to be released.

“The slow development of charging infrastructure is one of the main inhibitors to demand for electric vehicles. In response to this shortcoming, Volkswagen Group España Distribución will soon begin exclusive distribution of the Powerbank”, the President of the carmaker in Spain, Paco Pérez Botello, recently announced.

According to the details provided, it will be able to recharge two vehicles simultaneously.

Not only that, but connected to a 40 kW socket, it could charge six units of the ID.3 until its capacity is exhausted and then continue charging at the power at which it is connected to the grid.

As the executive wrote on his LinkedIn account, it is “a new concept of “transportable” charger capable of charging at 150 kW of power, and can operate with or without a grid connection thanks to its integrated 193 kWh battery”. 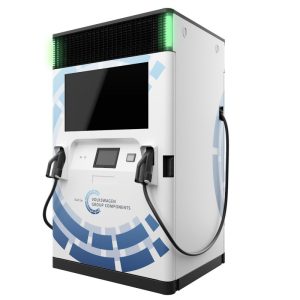 need for a medium-voltage power supply.

In this way, it will be possible to reduce both costs and installation times compared to a conventional fixed charger, as the administrative procedures are much simpler.

Finally, Pérez Botello’s announcement concluded that “very soon” all the details of the “innovative concept” will be unveiled, which comes to the market with the intention of alleviating the conflict caused by the limited charging network.

“With an increasing number of electrified vehicles on offer and with a range of over 400 kilometres, it seems clear that the problem lies mainly in the charging network”, the president of the carmaker recently stated.

Faced with this significant problem, Paco Pérez Botello called on administrations and automobile manufacturers to work together in the same direction.

“We must all join forces, companies from all strategic sectors and public administrations, to promote a public network of charging points that will allow electric mobility to take off once and for all”, he said.

The two main reasons why customers and users do not opt for electric vehicles are: price and charging.

Regarding the first problem, plans such as MOVES have been deployed, which provide an answer to this problem, but are not the final solution.

Meanwhile, within the charging infrastructure, public networks are not yet able to respond to the demand that is beginning to emerge.

At the same time, the strategy continues to focus on home charging, while almost 70% of the population does not have a garage (their own or a community garage).

Volkswagen’s contribution to the expansion of the Spanish charging network Volkswagen Group Spain’s plans include support for the deployment of the charging infrastructure.

Thus, through a collaboration agreement with Iberdrola and SEAT, they have committed to generating a charging network, promoting the use of renewable energies, commercialising electric charging solutions and integrating Iberdrola’s infrastructure into the navigators of the electric vehicles of the two brands.