The cross-border meetings resulted in a productive exchange on electric mobility projects in both countries, promising collaboration for the development of the segment in the Colombian city. 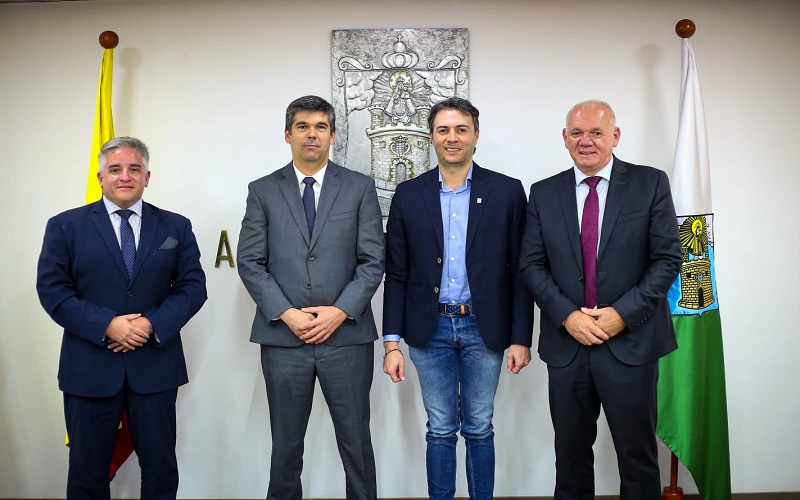 The Undersecretary of the Ministry of Industry, Energy and Mines (MIEM), Walter Verri, the Mayor of Medellín, Daniel Quintero Calle, and the Ambassador of Uruguay in Colombia, Alfredo Bogliaccini, met in the Colombian city to strengthen cooperation ties in electric mobility strategies, especially related to electric bicycles and charging points.

In this sense, Medellin and Uruguay seek to work together on energy transformation projects for urban mobility, such as the Metropolitan Bicycle Plan, to implement electric units in EnCicla. The latter is the Public Bicycle System of the Metropolitan Area of the Aburrá Valley.

On the other hand, the city also aims to increase existing charging stations, a project led by Medellín Public Enterprises (EPM).

It is worth noting that Uruguay is currently one of the Latin American countries most committed to expanding its charging grid.

In fact, the Administración Nacional de Usinas y Trasmisiones Eléctricas (UTE) announced last week that it will double the 147 electric vehicle charging points this year, with the aim of promoting the government’s strategy of decarbonisation in transport.

In addition, the MIEM undersecretary met with the authorities of ACI Medellín, an entity of the Medellín mayor’s office that promotes foreign direct investment and international cooperation.

During the meeting, they discussed synergies for a collaborative agenda and addressed issues such as governance, planning and mobility.

Verri also took the opportunity to present the MOVÉS project to the Colombian team, as Uruguay’s strong commitment to electric mobility.

“One of the strategies highlighted by #Uruguay is MOVÉS “Towards an efficient and sustainable urban mobility system in Uruguay”, which promotes the use of public passenger transport, active mobility and a low-carbon, efficient and inclusive system”, highlighted ACI on its Twitter account about the meeting.

Uruguay expands its partnerships with the rest of Latin America

Such is the country’s interest in electric vehicle charging infrastructure that, last month, government authorities also met with Brazil in a bid to strengthen energy integration between the two countries.

The technical work will start immediately, with a view to achieving the first results in the first half of 2022.