In alliance with Nikola, Iveco has already marketed the first electric trucks. The arrival in Latin America already has an estimated date, how are the company’s plans progressing? 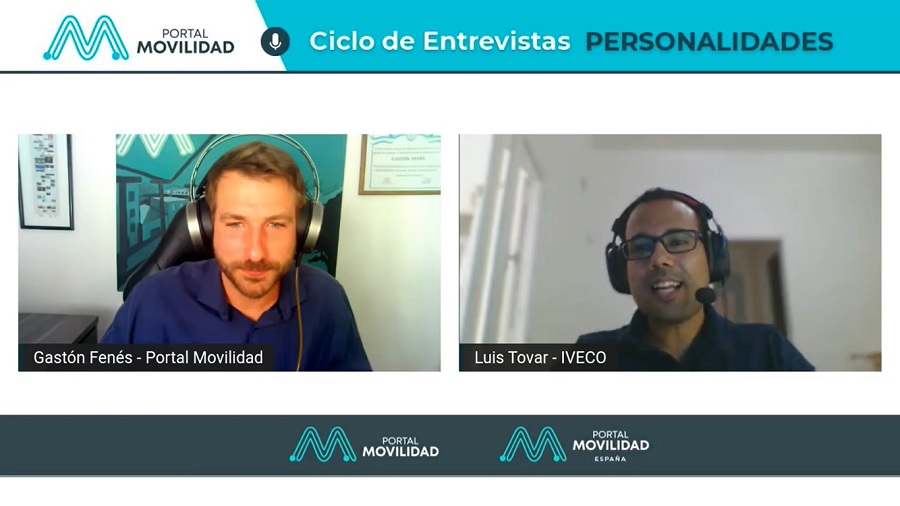 Luis Tovar is product manager for Latin American importing countries at Iveco. He is Venezuelan, studied mechanical engineering and has been involved in the automotive sector since his early days. He worked for the brand in his native country and has been living in Argentina for four years.

During his visit to “Personalidades”, a series of interviews by Portal Movilidad, he explains the company’s plans for the incorporation of electric trucks in the region.

Which countries are showing the greatest interest? Uruguay, which he attributes to its advanced charging infrastructure; Chile, since they have changed the energy matrix and today “they are even asking about hydrogen trucks”.

He also mentions Colombia and Panama because of the impetus being given by their governments.

Based on the experience with gas trucks, the firm estimates a growth of 5 to 20% in approximately 10 years in electric technology.

“Latin America fits into these objectives but at different times depending on the markets. Iveco is starting with electric trucks in Europe where there is already a more advanced work in terms of charging infrastructure”, explains Tovar.

He adds: “In Chile, Argentina and Uruguay, between 2023 and 2026, electric trucks will become widespread”.

According to Tovar, the main interest is in public passenger transport. Once electric vehicles are incorporated there, they are looking at other segments such as trucks. “Especially when it is promoted with public policies.

But what are the customers’ queries? “It’s not the cost of the unit, which has to be in an affordable range, but the payback time versus diesel.

The industry is driven by total cost of ownership (TCO), which evaluates economic variables. Iveco has had a “parallel” TCO for two years which includes the impact on the environment, the local economy and the region where it will operate.

“We have electric and gas trucks available, and we import the vehicle that best suits the region in order to achieve the lowest possible TCO,” says the Iveco executive.

On the other hand, he indicates that the companies that introduce electric technology to the countries in the region are multinationals that are driven by aspects beyond the return on investment, such as environmental concerns.

“In this aspect, word of mouth helps a lot when they guarantee that they have not suffered operational losses,” he points out.

In September last year, Iveco and US start-up Nikola announced the start of production of the first electric truck in the German city of Ulm in the following months.

“The agreement with Nikola marked a turning point at Iveco, accelerating the development of the heavy-duty range of electric vehicles,” says Iveco’s product manager.

The model in question is the Nikola Tre, which will have a load capacity of 42 tonnes and offer up to 400 kilometres of range. According to the first details, it will have a top speed of 121 km/h and will recharge its battery in approximately two hours with fast charging.

He says: “Everything was designed remotely in pandemic, and within a year we had a working prototype in the plants in Europe.

Nikola’s “contribution” was the know-how in the development of electric products, such as power train and batteries, in the United States. Iveco’s strong point is the structure and chassis.

On the other hand, Nikola’s first hydrogen fuel cell truck, built on an Iveco S-Way chassis and equipped with an Iveco cab, has already hit the road. In California, a shipment of Budweiser beer was transported from the brewery to a distribution centre.

The hydrogen freight network is not far behind, in fact, a memorandum of understanding was recently signed with a green hydrogen supplier for infrastructure development.

“In Argentina in particular, hydrogen infrastructure is expected to start in 2030, so growth will be seen from those years onwards. Chile is already starting the investment process,” says Luis Tovar.

Today, the vast majority of countries have a high penetration of gas in transport and electric buses and then trucks are appearing, “but the next step is the fuel cell”.

“Batteries add weight and take away payload capacity, which is their purpose. In terms of range, in 44-tonne trucks we are talking about 500 kilometres of range. If we keep the technology as it is, that would be the limit,” he analyses.

In this context, he believes that international road transport, which covers a minimum of 1,500 kilometres, would be left unattended. “This is where hydrogen comes in, but the technologies will coexist because they will serve different segments”.