Although no regulation has yet been issued for the country’s charging infrastructure, the possibility of opting for the European-type standard is strongly rumoured in the sector. It would be an “ornamental” one, say industry experts. 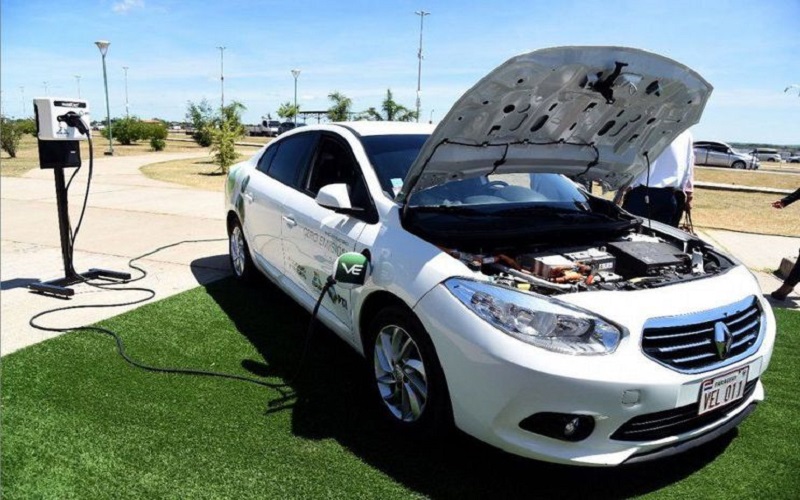 The Latin American country, like many others in the region, has been working for some time on a regulation to standardise the charging infrastructure.

Although a common agreement on standardisation has not yet been reached, several actors in the sector believe that the Ministry of Industry and Trade will eventually opt for the European type.

“Seventy per cent of the sockets here are Chinese. We also have the North American J1772 standard,” warns Javier Díaz, president of the Paraguayan Association of Electric Vehicles (APVE), in an interview with Portal Movilidad.

And he adds: “In that sense, if the chosen standard is the European one, it will only be for decoration. Theory and practice will be very different realities”.

In fact, the authorities of the Chamber of Automotive and Machinery Distributors (CADAM) have affirmed that the next zero or low-emission vehicles will come mainly from the Asian giant.

This is because, among other reasons, the battery recycling rules of Asian companies are different from those in Europe. This was stated by CADAM’s vice-president, Víctor Servín, in an interview with Portal Movilidad.

“As there are no recycling companies in Paraguay, European and American companies have to have a special deposit so that, when the end of their useful life comes, they can send the batteries back to the designated points, where there is a battery disposal system,” he said.

At the moment, it is not known when the regulatory framework for recharging will be ready, but it is high on APVE’s agenda for this year.

“The focus will be on two important objectives: the project of the National Electromobility Law, which has already been approved in the Senate, and the development of charging infrastructure,” says Díaz.

In December 2021, the Paraguayan Senate passed the legislative proposal “On incentives and promotion of electric transport in Paraguay”, presented by legislator Derlis Osorio. With modifications, the bill passed to the Chamber of Deputies.

The objective is to establish the regulatory framework that regulates the promotion of electric transport in the country and the strengthening of public policies to encourage its use in the public sector and among citizens in general.

According to Díaz, these measures will help accelerate the transition to electric and sustainable mobility, taking into account that 2021 was conceived as a “slow process of reactivation”.

He also says: “It was a positive year. I believe that electromobility in Paraguay has never stopped expanding.

He also affirms that more action is still needed from government authorities.

In this regard, Díaz says: “The state has a great deficit in terms of initiatives in favour of electromobility. In Paraguay there are still very strong policies that subsidise fuel, especially diesel. I think the state should be more proactive in encouraging public transport.

“Although there are regulations, many of them do not have their regulatory decrees. I think there is a lack of government awareness of these new technologies and the impact they can have on the economy and the environment,” he concludes.