viernes 25 Feb, 2022
Europa
Europe
How MITMA will distribute part of the €1 billion in electric bus fleets

On Wednesday it was announced the award of 1000 million to invest in sustainable mobility. In view of the announcements, Portal Movilidad España details the plans of each municipality to acquire electric buses. 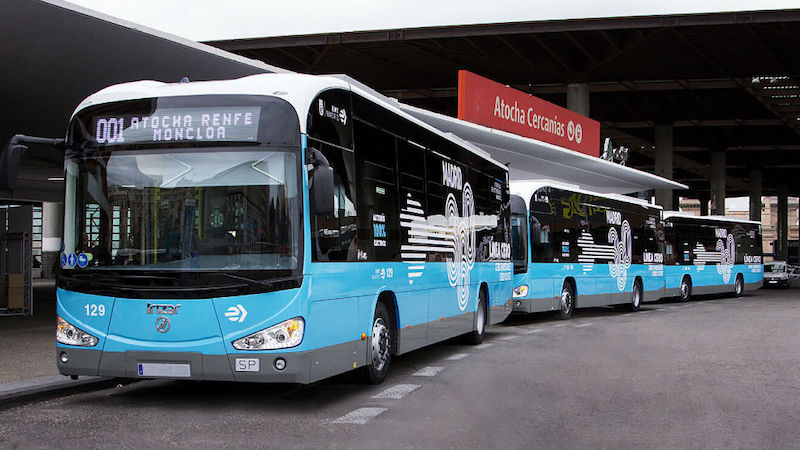 Following recent announcements by the Minister of Transport, Mobility and Urban Agenda, Raquel Sánchez, the destination of the total funds has begun to be known.

In the first call for proposals, 20% of the total capital will be earmarked to promote zero-emission fleets.

The Recovery and Resilience Mechanism (RRM) will finance the purchase of up to 650 zero-emission city buses and more than 45 electric vehicles for waste collection, for an amount of 141 million euros.

Thus, a total of 195 million has been granted for the renewal of the cars and the installation of electric charging points.

Based on this, Portal Movilidad España makes a detail of the bus purchase projects that have been published by local administrations.

After renovating more than 300 buses in recent years and receiving the support of these new funds, the València municipal bus company will proceed to introduce electric buses on a massive scale.

Specifically, it plans to buy 20 electric vehicles with 40% financing, for a total of 4 million euros. In this way, it will pay 200,000 euros per electric bus.

In addition, in order to support this technology, the bus depot will be electrified with 1.7 million euros from the European Union.

For its part, the City Council received funding of 20,673,135 euros, thanks to which the public transport service in the municipality will be considerably improved.

Thus, they explained that so far, 8.4 million euros of the total funds acquired will be used for the purchase of new electric buses.

The investment in Alcoy under the Transformation and Resilience Recovery Plan will focus in part on the purchase of two 12-metre electric buses.

As detailed, it will also carry out the installation of charging points for the new fleet and the plan is expected to be 60% complete by November in order to obtain the Next Generation of Europe, managed by MITMA.

Some 4.7 million of the total capital that could be awarded by the local administration will be used to purchase electric buses, as well as the acquisition of recharging devices.

Likewise, a large part of the investment in this city will be to improve and extend the pedestrian areas in the historic centre and area of influence and actions to calm road traffic.

The City Council has informed that mobility works will be carried out for a total value of more than 5.5 million euros, 90% of which will be financed by the Next Generation funds managed by MITMA.

These funds will be used to invest in the modernisation of public transport, with the purchase of the first all-electric bus to circulate in the city. This will join the 10 hybrid buses introduced last year.

The Ministry announced that Barcelona will receive 75 million euros from European funds.

Of the total 75 million that the city will receive, the second largest allocation of 16 million will be for the purchase of 74 electric buses.

In the case of Segovia, the purchase of buses has been left for the second application submitted by the City Council, which is focused on carrying out actions to promote sustainable public transport.

They expect to receive 1,430,000 euros for the purchase of four electric buses for the public transport fleet and for the electrification of the local urban transport Operations Centre.

The Malaga City Council has informed that of the total amount of capital awarded, some 3.75 million will go directly to the renovation of the city’s bus fleet.

In addition, there is an allocation of 4,518,000 euros for joint projects with bus companies in Las Palmas, San Sebastián and Mallorca for the modernisation of public transport.

The Government of Santander has obtained the 7.6 million euros requested from the European funds for recovery, transformation and resilience destined for mobility.

It is through this management that they will be able to purchase four electric buses – the two awarded and in production, and the two that have just been put out to tender – with a budget of 1.9 million euros for which 800,000 euros are requested.

Lleida City Council has obtained a total of 6,317,770.85 euros from the European Next Generation fund to improve mobility in the city.

A portion of the general plan has been earmarked for the purchase of five electric buses and the installation of six new electric vehicle charging points.