Portal Movilidad analyses the numbers collected by E-Bus Radar: which countries top the list and which are the most promising in terms of transition? 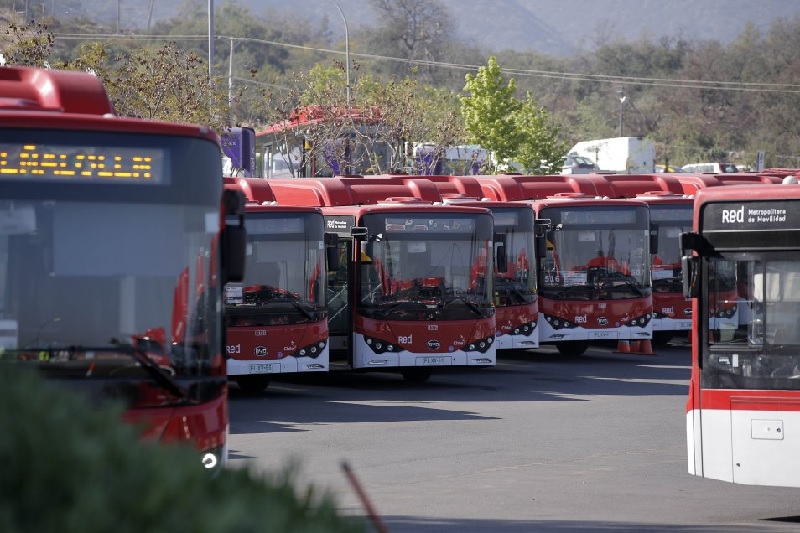 According to figures provided by the E-bus Radar platform, the number of electric buses in Latin America totals 2,803. Most of these are battery-powered vehicles with a total of 1,327 units in circulation.

On average, an estimated 87,070 buses of all technologies were surveyed by the platform in cities that already have electric vehicles. Therefore, 3.22% of this figure is electric.

Therefore, 284.88 kt of CO2 emissions are avoided by having electric fleets on the streets.

Among the countries that are committed to incorporating buses into their public transport fleets, Chile currently leads the list. It has 819 vehicles in circulation. Colombia has 759 and Mexico has 556.

Brazil has incorporated 351 units. Far below these figures, Ecuador is in fifth place with 106 and not far behind Argentina with 95. Venezuela has 45, Uruguay 36, and Barbados 33.

However, the remaining countries have not yet managed to register a significant number of vehicles: Paraguay has only had two vehicles in circulation and Peru only one, making them the countries with the lowest penetration of public transport in the region.

Compared to the figures provided by E-Bus Radar a few months ago, both Chile and Mexico are the ones that remain in the top positions and recorded an increase in the incorporation of units to the fleets.

In 2020, there were around 560 circulating in Chile. By the end of the year, the sector expected to reach 780 and finally exceeded the target.

It is worth remembering that the ZEBRA alliance, Zero Emission Bus Rapid-deployment Accelerator, announced the commitment made by more than 20 stakeholders, including investors, bus manufacturers and distributors, to increase the number of electric units in the public transport fleets of Colombia, Mexico, Chile and Brazil.

However, it is no coincidence that these countries have prosperous figures; on the contrary, they have been studying the transition for several years.

“There was a huge demand in the region, but the technological offer and financial solutions were lacking,” says Thomas Maltese, ZEBRA programme manager, in his participation in the “Personalities” series of Portal Movilidad.

Regarding Brazil, he argues that “it has to take the lead” since, as a bus producer, it should export to other regions of Latin America.

In the case of Mexico, the removal of import tariffs a few years ago was what “detonated the market” and he adds that the merger of actions between “local institutions and proactivity of the industrial sector” will put the country as a leader in the transition.