The project aims to attract investment in semiconductor manufacturing and related technologies and will be financed with 11 billion European funds. 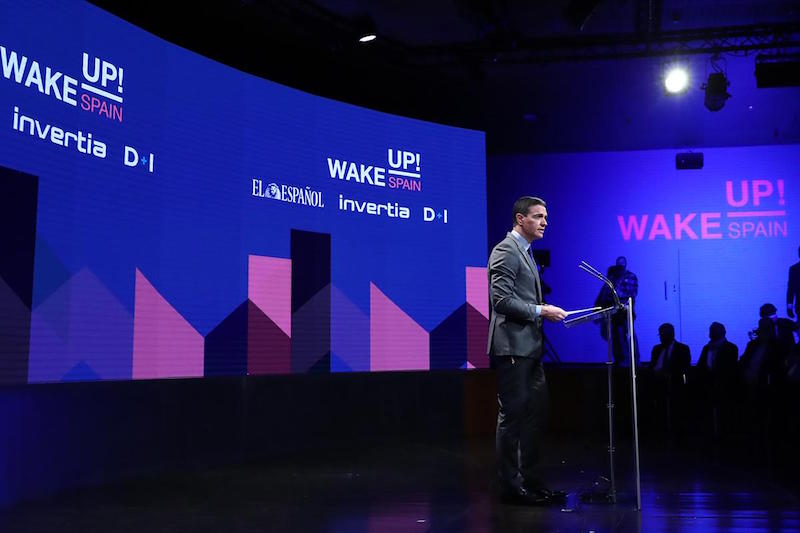 During his speech at the second edition of the economic forum ‘Wake Up, Spain!’, organised by El Español at Casa de América, he stressed that “semiconductors are the basic element of all technological sectors and, therefore, acquire a global geostrategic importance in a context of digital transformation”.

Within the framework of the Recovery, Transformation and Resilience Plan, Sánchez defended the PERTEs as a “fundamental tool” for the reindustrialisation and technological modernisation of Spain.

The Government has already approved nine of these strategic projects, in areas such as electric vehicles, the aerospace sector, water management and digitisation, the naval sector, agribusiness, cutting-edge medicine, renewable energies, hydrogen and storage and language.

All of them are expected to mobilise more than 56,000 million euros, of which 19,000 million will be public funds.

The President of the Government stressed that Spain is leading the way in the execution of European funds in the EU. Thus, in just nine months, 27,928 million euros of expenditure for the 2021 and 2022 financial years have been authorised.

He also stressed that, as of 22 March, the Recovery Plan website already contained a total of 1,612 calls for proposals for an amount of 27,027 million euros, so that citizens and companies can access these resources.

In this way, the General State Administration has already resolved more than 524 calls for proposals for an amount of 8,552 million euros, reaching a total of 11,486 projects benefiting from the plan’s funds. “These are projects that have already been allocated, with real benefits.

And, consequently, they are also behind, why not say it, the economic recovery and job creation so intense” of recent months.

More details on the PERTE

Sánchez has defended that Spain is not going to lose the race for the most advanced technology, quite the contrary: “The Government wants our country to be at the forefront of industrial and technological progress”.

For this reason, the President highlighted the ambitious commitment to promote this PERTE, which seeks to attract investment in the semiconductor industry and related new technologies, which will be key to achieving the strategic autonomy sought at European level.

Semiconductor shortages led to a supply crisis that slowed down the recovery of the global economy after the pandemic shock.

In addition, the war in Ukraine following the Russian invasion has further complicated this scenario given the export weight of these countries on certain raw materials.

Specifically, as Sánchez explained, both regions are key suppliers of argon and neon, which are used in the production of semiconductors.

In this context of uncertainty, the EU has expressed its intention to increase the manufacture of these components in order to strengthen its autonomy.

To strengthen its industrial muscle, Brussels launched a proposal last February to reach 20 per cent of the world’s share of microprocessor manufacturing by 2030.

The European Commission aims to mobilise up to 43 billion euros of public investment to quadruple the EU’s current manufacturing capacity. Most of this investment – 30 billion euros – is already committed by Brussels and member states between the EU budget and recovery funds.

To this package, the Commission wants to add 11 billion to “finance technological leadership in research, design and manufacturing capacities” and an additional 2 billion from a new fund (called the “Chips Fund”) to provide capital support to growth companies and SMEs, according to El Español.