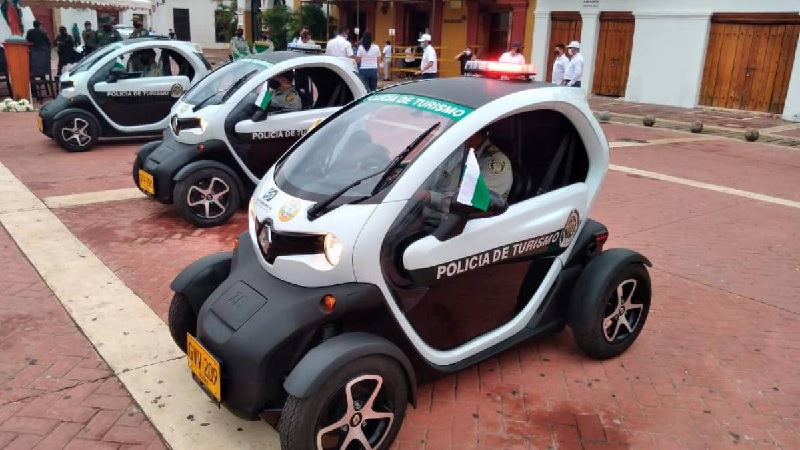 Thanks to the various incentives defined by the government of President Iván Duque in these three and a half years of work, the country has 6,819 electric vehicles registered in the National Traffic Registry (Runt).

This figure exceeds the goal defined in the National Development Plan of having 6,600 in the registry before the end of the government. This shows the country’s commitment to sustainability and its commitment to electric mobility.

The Minister of Transport, Ángela María Orozco said: “In January, 403 electric vehicles were registered, a sign that this type of vehicle continues to grow, which gives us satisfaction because the national government is working to implement economic incentives for those who embrace sustainable mobility”.

He also added that: “During the administration of President Iván Duque we managed to triple the number of electric vehicles registered in the country, as in July 2018 there were only 2,165 registered, while between August of that year and January 2022 4,654 have entered, which helped us to meet this important goal. This is an achievement that also puts us one step ahead in meeting the target we set ourselves under the Paris Agreement to reduce Greenhouse Gas (GHG) emissions by 51% by 2030”.

The success behind this figure, which is known after the intense work agenda that President Iván Duque and the Minister of Transport, Ángela María Orozco, had in Europe where they presented the different scenarios that it is with facts and as a team that the energy transition of the sector is consolidated, such as the policies that have been implemented during these three and a half years of government, derived from the Electric Mobility Law, enacted in 2019. It is worth remembering that this regulation was promoted by President Iván Duque when he was a senator of the Republic.

This law establishes different incentives for those who decide to bet on electric vehicles, such as the rate for the tax on electric vehicles may not exceed 1% of the commercial value, a 10% discount on the Soat and 30% on the technical-mechanical review, in addition to the exceptions to vehicle restrictions determined by the cities.

Likewise, the logo and colour of the preferential parking spaces for electric vehicles were defined, and in the Freight Vehicle Modernisation Programme, a 70% incentive was established for transporters if their renewal is with zero or low-emission vehicles. 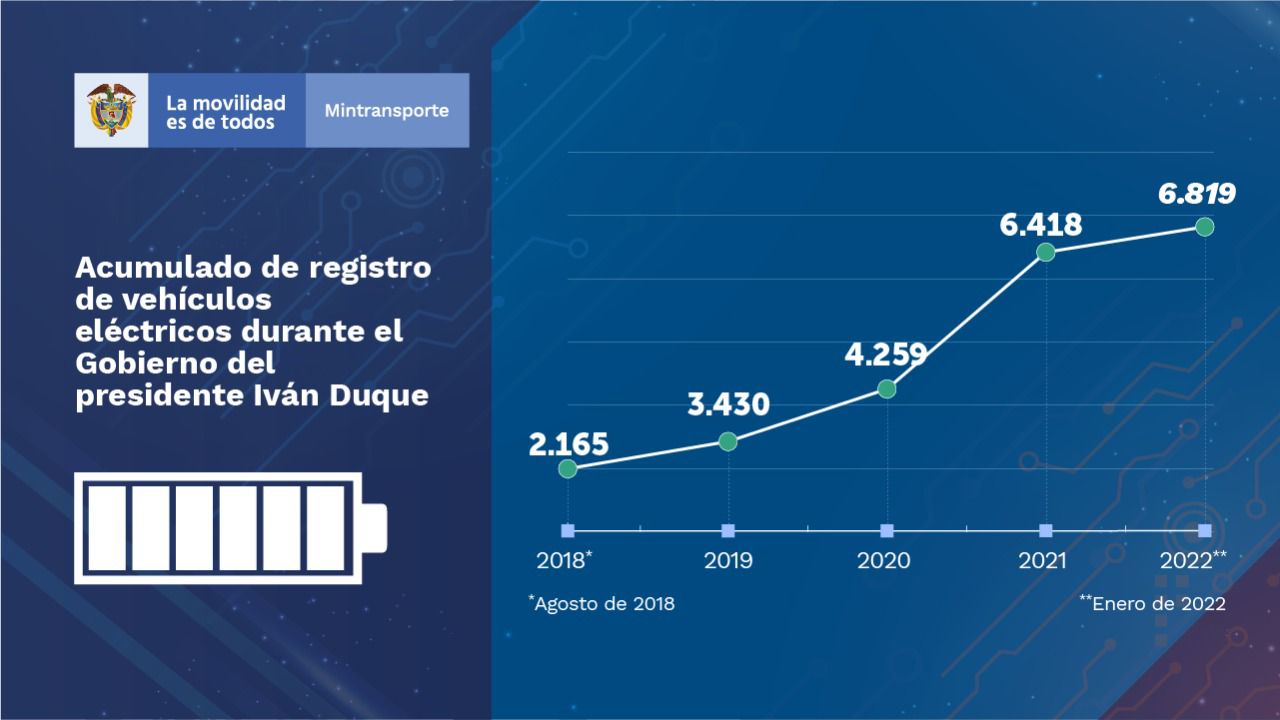 Another important action has been the National Electric Mobility Strategy (Enme), formulated and unveiled by President Duque in August 2019. The Enme presents the roadmap to promote electric mobility in land, rail and waterway modes. Citizens’ awareness of the need to care for the environment, as well as the commitment of the public and private sectors, have led to a continued increase in the number of zero-emission vehicles in Colombia.

EU car manufacturing regions to collaborate in move towards electric vehicles
Adoption of EVs in the UK is accelerating but 32% of the population are unaware of them
Tesla expands dynamic pricing to all of Europe
PowerGo expanding across Europe and aiming to install 15,000 chargers
Etiquetas: electric vehicles | e-mobility | colombia | mobility | electric mobility | Sustainable Mobility