The electric SUV is the revised and renamed new edition of the Audi e-tron, of which around 160,000 units have been delivered since 2018. 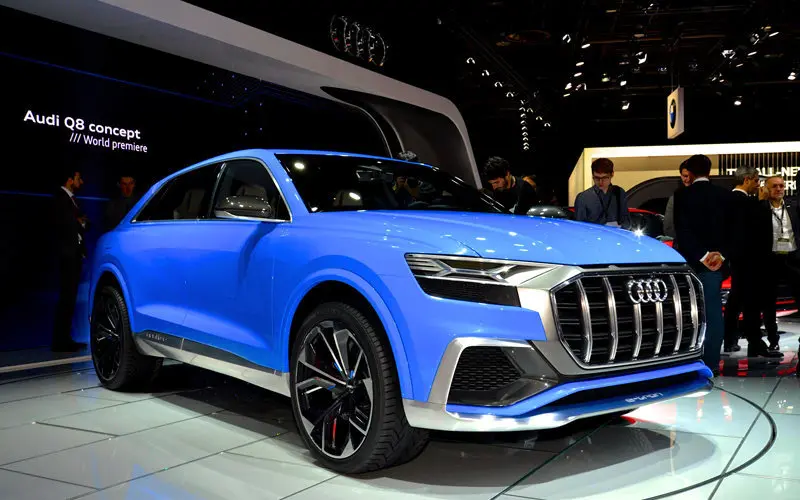 Audi has started production of the Q8 e-tron at the Brussels plant. Presented in November, the electric SUV is the revised and renamed new edition of the Audi e-tron, of which around 160,000 units have been delivered since 2018. But the Q8 e-tron will not remain the only electric Audi from Brussels.

Regarding the Q8 e-tron: with the drive concept optimised in the course of the facelift in November, the improved aerodynamics and modernised battery (more energy content, higher charging power), the range of the Q8 e-tron has increased significantly: The electric SUV reaches up to 582 WLTP kilometres range, the SUV coupé called Sportback more than 600 kilometres.

This also means that the base model of the Q8 e-tron is 5,300 euros more expensive than the previous e-tron 50 quattro. This is immediately put into perspective, however, as even the base model now has a larger usable battery than the model with the greatest range to date.

According to Audi, the e-tron quattro built in Brussels since 2018 was already “the world’s first certified CO2-neutral large-scale production in the premium segment”. The site has been powered by green electricity since 2012, with the 107,000 square metre PV system generating around 9.,000 MWh of electricity per year. In addition, the electric drives built in Györ, Hungary, will no longer be transported by truck but via rail the 1,300 kilometres to Brussels since May 2022, which is expected to save 2,600 tonnes of CO2 per year.

“Brussels has done valuable pioneering work. We are learning from our experience of having delivered around 160,000 vehicles worldwide,” says Audi Board Member for Production Gerd Walker. “As the next step, we will leverage this experience to ramp up battery production in Ingolstadt.”

Audi also confirmed the rumour that the Q4 e-tron will also be built in Brussels in the future, starting in the second half of 2023. It is not clear from the announcement whether Brussels will then serve as the second production facility for the Q4 e-tron after Volkswagen’s MEB plant in Zwickau, which is operating at near capacity, or whether production of the model may be moved to Belgium entirely.