Fossil fuels have not been included in a first, bare-bones document listing all possible elements of the Cop 27 UN climate summit cover decision to be adopted at the end of the conference. 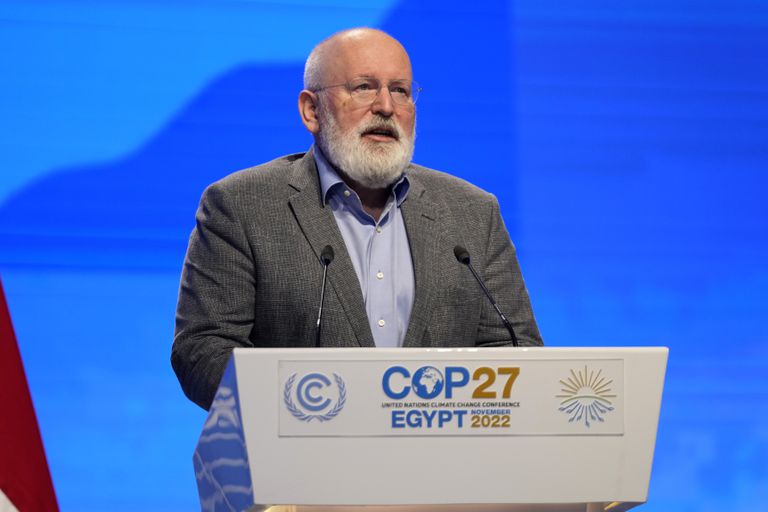 The document, described as a ‘non-paper’ by the UNFCCC, is just a bullet-point list of potential topics that could be included in the final Cop 27 decision. It was released late on 14 November, for ministers to start negotiations on the final text.

Coal particularly and fossil fuels more generally are notably absent, although the EU said it expects the mitigation section of the text to build on what was agreed at Cop 26 in Glasgow. Mitigation refers to efforts to reduce emissions, according to Argus.

The Glasgow Climate Pact signed at Cop 26 last year called on countries to accelerate efforts towards the phase-down of unabated coal power and the phase out of inefficient fossil-fuel subsidies.

At this Cop, India last week pushed for a phase down of all fossil fuels to be included in the cover text, rather than just coal. Asked if Europe would support India’s call, European Commission executive vice-president Frans Timmermans said that “we are all in support of any call to support a phase down of fossil fuels, but we have to make sure that this call does not diminish the early agreement we had on phasing down coal”.

“If it comes on top of what was agreed in Glasgow, then the EU will support India’s proposal”, he said, adding it should not divert “attention and efforts to phase down coal as we have agreed last year in Glasgow”.

India, with China, last year secured a last-minute watering down of the language on coal in the Cop 26 cover text.

The EU expects the Sharm el-Sheikh cover text will pick up on the references to fossil fuels, and the phase down of unabated coal, that were made in the Glasgow Climate Pact, but these have yet to be included in the text.

The released list also mentions the “urgency of action to keep 1.5°C in reach”. Although some nations may be pushing for this mention to be omitted this year, a large number of countries at Cop have urged no going back on commitments taken in Paris and Glasgow, and have reiterated the urgent need to align emission pledges and actions with the 1.5°C goal.

The UN’s 2015 Paris Agreement aims to limit global warming to well below 2°C above pre-industrial levels, and ideally to 1.5°C.

The first cover document also mentions the $100 bn/yr finance goal, its status and progress on the target. Egypt wants to see progress on the headline finance target, which developed countries were supposed to meet by 2020 to help developing nations hit their climate goals. The OECD estimates the goal could be reached in 2023.

The document also says the cover decision will reflect the main outcomes on loss and damage, the mitigation work programme and the global goal on adaption. So far, countries remain divided on what progress should look like on the contentious issue of funding arrangements for loss and damage — which many view as key to move forward with other negotiations.